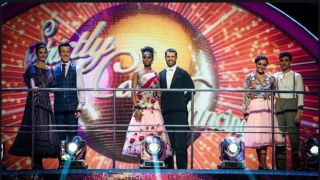 The time has come for the ultimate yet fabulous dance-off! It's time to bid farewell (just for a year) to Tess Daly and Claudia Winkleman's co-hosting and our hilariously ruthless judges and watch the final three contestants dance their heart out.

Who will win the coveted glitter ball and score a TEN from the judges? Keep reading to find out how to watch the Strictly Come Dancing 2019 Final online - regardless of where in the world you are.

The final of Strictly aired at 7.05pm Saturday, December 14 and there will be a Christmas special airing at 4.40pm on BBC One.

Get your dancing shoes on! The Strictly Come Dancing Final was everything we could have wished for and more.

Not only were fans treated to an incredible performance by none other than Taylor Swift, but they also got to see some spectacular dances, including a salsa performed by Kevin and Oti, as well as a Waltz performed by Emma and Anton and a lively jive executed by Karim and Amy.

And of course, we did get to see a winner being crowned and the Glitter Ball being handed over (don't worry we won't spoil this for you if you're still catching up).

So, whether you're ready for to watch the tense event or you need to catch up on a few episodes just keep reading as we tell you how you can get your dancing fix. And for those of you outside of the UK, do not worry you don't have to miss out on all the dancing drama, you can simply live stream Strictly by using a VPN service.

How to watch Strictly Come Dancing Final online for free in the UK:

For all UK residents, it is very simple to get your dancing fix by having a TV license and tuning into BBC One broadcast, via aerial, satellite or cable.

You can also watch the show online, using the BBC iPlayer or TVPlayer.com. So if you've got other plans during its broadcast, you don't need to miss out - you can catch up on all the episodes on BBC iPlayer. Plus, you can do this on your laptop, tablet, smartphone or smart TV.

Stream Strictly Come Dancing Final from anywhere else in the world for free:

Not in the country currently or living abroad? Don't fret, simply quickstep into a UK IP address - which you can do with a VPN.  Then all that is left to watch via a dedicated TV streaming website like TVPlayer.com.

Now the ultimate question.... Which VPN is best for you? Our fave is ExpressVPN . And how do you use that to access a Strictly live stream? Read on to find out all you need to know in three silky steps:

1. Download and install a VPN
The best and easiest way to stream the final for free is to download and install a VPN. We've tested all of the major VPN services and we rate ExpressVPN as the absolute best. It's compatible with all of your devices, supports most streaming services and ranks amongst the fastest. You can even install it on devices like an Amazon Fire TV Stick, Apple TV, Xbox and PlayStation. So for a one-stop shop, you can't go wrong with Express.

3. Go to TVPlayer.com
The TVPlayer.com service is free and the best legal way to stream every minute of Strictly 2019.

Who are this year's Strictly contestants?