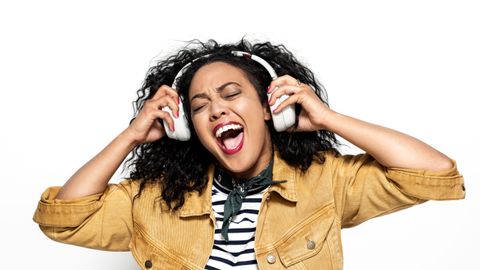 The Skullcandy Venue offer long battery life and unique Tile integration but its average active noise cancellation, spotty connection, and poor build quality are let downs. For the money, there are better alternatives but if you have a habit of losing your headphones and like the style, the Venue are a unique choice.

Wireless headphones have come a long way and just about every headphone maker produces a pair with active noise cancellation (ANC). Skullcandy, known for its stylish and bassy headphones hopes to stand out from the crowd with a distinct feature in its Venue headphones: Tile integration.

For the unfamiliar, Tile is a product that you can attach to things like your keys so you get an alert on your phone or smartwatch if you leave them behind. If you have the habit of misplacing those, too, Tile can also make noise to help you find your misplaced items quickly. If that sounds like you, you'll be glad to hear that Tile technology is built right in to the Skullycandy Venue so you don’t need to go out and buy additional hardware that can cost $25 (£22, AU$29) a pop.

While the Tile integration is great, but after using the Venue for several weeks we came away frustrated by its build quality and connection issues, which is a shame as the headphones have stellar battery life and balanced sound, something we didn’t expect from the company known for its bass-heavy tuning.

Ultimately, if you have a habit of losing your headphones and like the style, the Venue are a unique choice - but, for the money, there are better alternatives.

The Skullcandy Venue features a minimalist design with barely any noticable branding, especially on the black model. Sure, there’s a small Skullcandy logo on the headband but that’s it. The earcups themselves are smooth and overall sport a mature look that doesn’t look out of place in an office.

In terms of build quality, the headphone is made mostly out of plastic but the imitation leather headband and ear pads help the headphone feel a bit more premium. Unfortunately, it leaves a lot to be desired in everyday use as they creak and groan under stress. The headband adjustments don’t lock firmly in place either so it’s easy to accidentally move the headphones out of your preferred fit.

We have nothing against using a plastic construction but the headband and forks should be redesigned to feel more sturdy.

Controls for the Venue are physical buttons located on each earcup. The left earcup has a battery indicator as well as the power and ANC toggle. Users can tap the ANC button to pause music and hear the environment without having to take off headphones, which is great in an airport or when ordering in line. The right earcup houses buttons for volume, pairing, and music playback.

The bottom of the right earcup is also where you’ll find the headphone’s microUSB charging port and a 3.5mm jack that can be used for wired mode if you run out juice. It’s disappointing that USB-C isn’t used here but Skullcandy is far from the only company sticking to the outdated microUSB standard.

The aforementioned Tile tracker is built into the right earcup and is easily setup from the Tile app on your smartphone. You can locate your headphones either from inside the app or emit a sound and it works exactly like other Tile devices. For both better and worse, this feature is exclusive to Skullcandy for now.

We were expecting the Skullcandy Venue to be bass heavy but were pleasantly surprised by the relatively balanced sound - there’s still a slightly warm tilt to the tonal balance and bass still hits hard, but neither are overbearing.

The resolution leaves a lot to be desired and ANC also introduces a hiss to the sound, which is noticeable when listening to music at lower volumes or with songs with silent passages, but we’re not talking about an audiophile headphone here.

While we were pleased with the balanced sound, we were disappointed by the wireless connection. We experienced constant dropouts when walking around the city with our phone in our left pocket. The headphones had no problem staying connected at our desk at work but would inevitably skip when walking.

Active noise cancellation is average, helping to dull the outside noise but it’s not anywhere near as effective as class leaders like the Bose QC35II and the Sony WH-1000XM3. There’s also no adjustability for noise cancellation so you only turn it on and off. There's “Monitor Mode,” which pauses your music and allows you to hear everything outside without taking off your headphones, but it's not quite the same.

When you do run out of juice, the Venue has handy rapid charging, which gives you 5 hours of listening time with just 10 minutes on the charger.

The Skullcandy Venue is a solid noise cancelling headphone with a couple of serious problems: The wireless connection is weak, leading to skips when walking around town and the Venue also feels cheap as the headphones creak and groan under stress of being stretched out.

Compared to the Plantronics BackBeat GO 810, the Venue only differentiates with its unique Tile integration, which may not be enough for some users. The BackBeat GO 810 sounds better, is built better, offers more customization for sound, and better ANC for the same price. Both headphones are made out of plastic but Plantronics makes their headphone feel much more premium. If you want a competitor with a bit of style, the Marshall Mid ANC is also excellent, but will cost you a bit more.