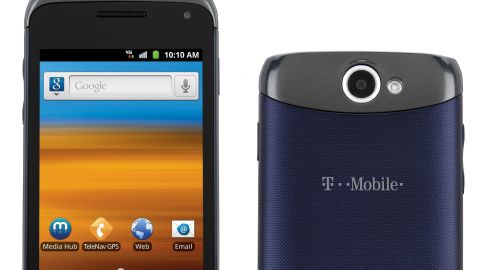 The Exhibit II 4G comes packed full of Samsung apps. Most of them are useful, and those that are not can be left in the Applications folder and forgotten about. Unfortunately, these proprietary apps cannot be deleted, which may frustrate some users, especially since the phone's onboard storage is so low.

Kies Air is a stand-out application, allowing you to manage files on your phone via a computer's web browser. You simply connect your computer and the phone to the same Wi-Fi network, and Kies Air generates a web address where you can access all files on your phone. From a browser, you're able to look at pictures and stream videos from the Exhibit II, or transfer files to and from your smartphone or computer. It makes for simple communication with any computer, without the need for drivers or a cord.

In addition to the standard Google Maps app, the Exhibit II comes with two GPS navigation apps that provide spoken, turn-by-turn directions. There's Navigation, powered by Google Maps, and TeleNav GPS Navigator, which is a TomTom application. Both apps feature surprisingly accurate voice recognition. Of course, GPS is a significant drain on battery life, but provides a very accurate and useful service.

Social Hub is also among the best of the pre-loaded apps. It puts text messages as well as email inboxes and social network feeds all in one place. You can view them individually or as one large feed/inbox. It quickly replaced the Messaging and Email app as our go-to communication app.

Other apps include Slacker Radio, a music streaming app, and Qik video, a video mail app (video chat available for premium users). They were functional, but pale in comparison to more widely used, third-party apps such as Spotify and Skype.