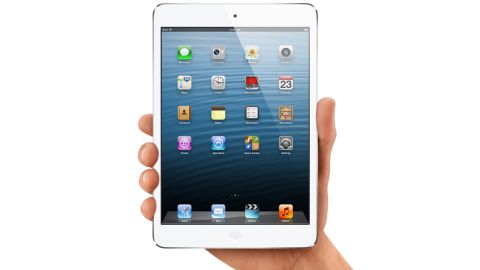 The iPad mini ushered in a major change for Apple and aside from the slightly disappointing screen we loved this tablet. It's now been usurped by the iPad mini 2 with Retina display, so it's really only there for those on a budget.

Apple went gone where we never thought it would, with the iPad mini bringing the Apple tablet experience to a brave new budget world.

But then again, the iPad mini release isn't about the top end specs with a whopping price tag – it's about beating the likes of the Google Nexus 7 and Amazon Kindle Fire HD in the budget stakes and that's even more the case now its price has dropped.

The two competitors have been getting many column inches so far thanks to the super cheap prices and the impressive specs on board – although with both only offering a 7-inch screen compared to Apple's 7.9-inch offering, the Cupertino board is confident its device will win the day when it comes to capturing consumers' hearts.

However, the more frugal shopper, and especially one buying for a loved one, may not agree with this idea, as the Nexus 7 or Kindle Fire HD can both be had for less even since the iPad mini got its price cut and when faced with a choice between the three might opt for the familiar Amazon brand or the sheer power of the Nexus 7, with its mightily impressive spec list and legions of Google apps.

That said, Apple fans need not worry too much when it comes to whether the iPad mini is a worthy addition to the iBrand, as it comes with enough power and reams of Ive-inspired design to make it a worthwhile addition to the range – this isn't a shrunken down iPad, it's a whole new product again.

Be it the larger screen size, the impressively low weight or the alternative design compared to the competition there's a lot to chew over with the iPad mini – but is it worth spending your hard-earned when more cash will get you a fully-fledged version of Apple's tablet?

Next Page Features and design