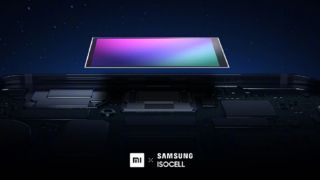 At its "Imaging technology for the future" event, Xiaomi teased that it will be the first company to use Samsung's new 108MP ISOCELL sensor in a smartphone. The Chinese electronics maker has also announced that it's developing a Redmi phone with a 64MP camera system that was shown off at the event.

While we don't know much about the sensor yet, Xiaomi revealed that it will equip an upcoming Mi phone with Samsung's 108MP sensor. If Xiaomi can put out this phone in the market in the next few months, it would be the first of its kind camera on a phone.

This new camera system is capable of producing images to the tune of 12,032 x 9,024 pixels resolution. On paper, it should be capable of creating 27MP pictures taking pixel binning into account.

We await further information on the 108MP camera system, both from Xiaomi and Samsung. However, we doubt that either of the companies will divulge any information at this time.

Elsewhere, noted leakster Ice Universe has hinted that Xiaomi could equip 108MP camera sensor on the Mi Mix 4 as the company has previously touted that the Mi Mix 4 will comes with a much better camera system than 64MP one.

As for the Redmi phone that's been confirmed to come with a 64MP sensor, we know that it should be out by Q4 2019. There have been rumours surrounding the upcoming Redmi Note 8 that it is likely to feature a quad-camera setup with one of the snappers being a 64MP sensor. The Redmi Note 8 is going to succeed the Redmi Note 7 series that was announced earlier this year.