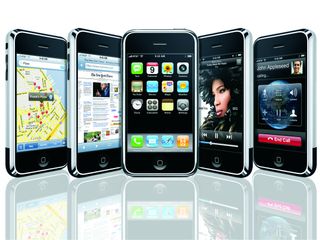 Imagine smartphones that simply don't fail. How would they ever sell us an upgrade?

Is there anything that carbon nanotubes can't do?

gels that are stronger than steel

. Now a boffin at the University of Houston reckons carbon nanotubes can be used to create conductive composites out of cheap CD plastics.

By combining nanotubes with the polycarbonates used for pressing CDs and DVDs, Associate Professor Shay Curran was able to reach a milestone of creating nanocomposites with ultra-high conductive properties.

"While its mechanical and optical properties are very good, polycarbonate's ability to carry an electrical charge is as good as a tree, which is pretty awful." Curran said. "By adding nanotubes, we can change its conductivity to a few orders below that achieved by metals."

Making this inexpensive plastic highly conductive could benefit electronics in everything from military aircraft to personal computers. Computer failure, for instance, results from the build up of thermal and electrical charges, so developing these composites into an antistatic coating would increase the lifespan of everything from PCs to PDAs.

The next step of this research is to develop ink for painting these polycarbonate nanocomposites onto various electrical components.

Normally, metal plates are used to dissipate electrical charge, so a paintable ink would be particularly appealing to anyone making gadgets that need to be both powerful and lightweight. Which sounds a lot like every laptop and smartphone maker out there to us.