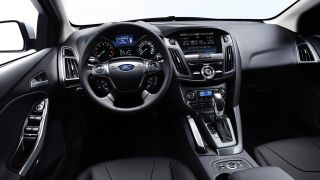 Games won't be part of the platform though

Ford today announced the next phase in its roll out of the AppLink platform, with the motoring giant bringing the technology to Australia this year and New Zealand, Taiwan and Thailand in 2015.

Ford hopes the move will encourage developers in the region to build on the collection of apps currently available for AppLink, although not all types of apps will be welcome.

Joe Beiser, Director of Connected Services at Ford, said games were certainly not on the company's agenda.

"We're driver focused," Beiser explained to journalists at the Computex show, and it's not hard to imagine the disaster that in-car gaming would be.

AppLink builds on Ford's SYNC platform, which Ford expects to have in 14 million cars by 2015. AppLink enables users to control apps that affect their driving experience via voice commands.

Ford has kept its proprietary AppLink code open-sourced in order to entice developers to the platform. At present, the service has about 100 apps on its platform.

The continued focus on the technology reflects a shift in the company's thinking away from being purely motoring focused.