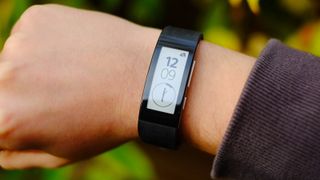 Sony accidentally launched its SmartBand 2 app on the Google Play store, foreshadowing the release of its next wearable.

Sony's previous SmartBand was made to be a simple, no-nonsense wearable to go against the grain of competition. It was waterproof, low profile and used e-ink, making it a cinch to read on bright days. For those expecting a fitness tracker though, it was a bit of a letdown, lacking a heart rate monitor and an altimeter.

According to description on the new app, which was eventually pulled, the SmartBand 2 will add some of these much-desired fitness features, notably a heart rate monitor, and will include pulse-training workouts in the app. Android Police downloaded the app before it was yanked from the digital shelves and shared some screengrabs of what's to come.

The SmartBand 2 looks like it'll do all the same things as your first SmartBand, like alerting you of incoming texts, tracking your steps and keeping up with your sleep. Interestingly, it looks like you will also be able to press a button and take a snapshot of all the data it has at any given moment, to help you keep tabs on important moments in your day.

Being this was no official announcement, no one knows when the new SmartBand 2 will be ready for your wrist or for how much, but with Sony jumping the gun and launching the completed app, it's only a matter of time.