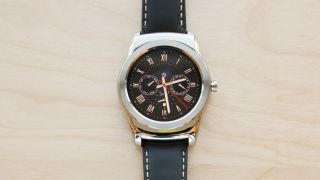 LG next smartwatch could seriously step up the screen resolution for Android Wear smartwatches.

Phandroid picked up a tip suggesting LG is working on a new wearable codenamed Nemo that could feature a 480 x 480 pixel display. If the rumors are true, this would be a serious bump up in pixel density for Android Wear devices.

Thus far, the maximum resolution for smartwatches screens have included 320 x 320 on the LG Urbane and the 319 x 390 Apple Watch.

The LG Urbane looks fine with a 245 pixel per inch 1.3-inch display, however, driving up the screen resolution to 400ppi or more would make the Nemo an impeccably sharp smartwatch.

We're personally hoping the digital watch face will be so crisp that it could pass for an analog one.