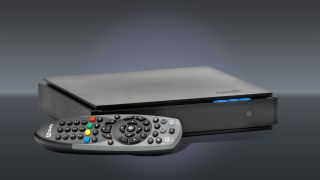 UPDATE: Fetch TV CEO Scott Lorson has offered some official comments on the news – details below.

It's been less than a week since TPG's acquisition bid was approved by iiNet's shareholders, and the company has already made its first big operational change – iiNet has been forced to end its reselling partnership with Fetch TV immediately.

It's been speculated that the decision to drop Fetch TV was made after TPG's talks with competing pay TV service, Foxtel.

iiNet's subsidiaries, which include Adam Internet, Internode, TransACT and Westnet, will also be abandoning the subscription TV service, though ISPs Dodo, Optus and SlimTel will continue to have Fetch TV's back.

The future of Fetch TV

Though many are spelling doom in regards to Fetch TV's future post iiNet, it's important to note that the partnership represented only a small portion of Fetch TV's business, having experienced a record growth over the past four months.

Fetch TV will continue its dual ISP/retail business model with Optus leading the charge on the ISP front – Lorson told techradar that Fetch TV is "well on track for record result in 2015, with 95% of our growth coming from our other ISP and retail partners."

Though iiNet is no longer signing up new Fetch TV users, things will move forward as normal for its existing Fetch TV subscribers, with unmetered plans expected to remain in place due to user agreements and contracts.