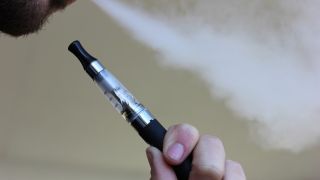 Amid all the constant noise of data breaches and the latest super-dangerous strain of malware, every so often a surprising security threat rears its head – like the possibility of your monitor getting hacked – and the latest such unexpected development is the spectre of e-cigarettes being used to hack your PC.

Yes, it sounds terribly unlikely that your vaping pipe could be a potential route to compromise your computer, but many e-cigs can be plugged into a device’s USB port to charge, and therein lies the danger.

As Info Security spotted, security expert Ross Bevington discovered that when plugged in, an e-cigarette can trick a computer into thinking that it’s a peripheral such as a keyboard, and can subsequently deliver a malware payload. Or it could be used to spy on the user’s online traffic on the victim's machine.

Thanks for the memory

All manner of nasty things could be possible, basically, although the good news is that e-cigs only have tiny amounts of on-board memory, and certainly not enough to fit a piece of malware inside.

However, malicious parties can work around this by writing tiny slivers of code that will fit in the internal memory, designed to trigger the download of a larger piece of malware from the web.

So, while your own vaping pipe may not present any imminent risk, unless someone else has had access to it for a period of time – because it has to be specially modified by the attacker to carry out these hacking duties – you certainly might want to think twice about letting any old e-cigarette get plugged into your computer.

Doing so could be a very risky business, although of course, the same is true of any unknown device getting hooked up to your USB port.