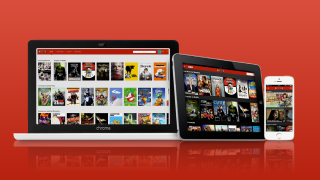 Update: On Monday Night, Netflix CEO Reed Hastings took to Facebook and posted an image of a large animated green dollar sign with the caption, "No advertising coming onto Netflix. Period. Just adding relevant cool trailers for other Netflix content you are likely to love." If the clip art dollar sign wasn't enough to convince you, Mark Zuckerberg gave this post a like.

Are you tired of plowing through those pesky shows without the interruption of advertisements? Netflix could be answering your call.

The streaming company has confirmed to Cord Cutter News it's testing advertisements to play both before and after your favorite shows and movies. The good(ish) news? Netflix has no plans to air third-party ads like Hulu does and will instead test ads for its original programming.

The ad testing could be meant to explore new pricing tiers, such as a cheaper subscription with advertisements. A price cut or multi-tiered subscription options could undercut the competition and help the service give more exposure to its lesser-known original programming through ads.

Brought to you by

The formula of advertising in-house content isn't revolutionary. For example, HBO Now subscribers are already used to watching a spot for Silicon Valley before diving into Game of Thrones. It's an easy and relatively painless way for a network or service to promote its other material, though that doesn't mean it's not a wee bit annoying.

It's possible these ads will never see the light of day outside of testing grounds. A Netflix representative noted, "We are always testing new things via the service, many of which never see a rollout." It's possible you'll be able to binge through the third season of Orange is the New Black this summer without Netflix lobbying its other shows.

Only time will tell if Netflix will roll ads out to users, create a separate payment tier, or drop the idea altogether. But worst-case scenario, you will watch a spot for Unbreakable Kimmy Schmidt while you're burning through Daredevil, which might not be so bad.