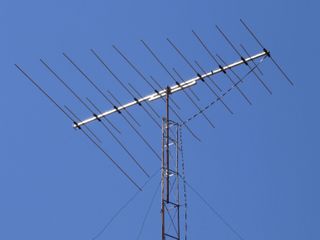 Ofcom boss Ed Richards has once again rejected a call by the HDForAll campaign to use the analogue TV spectrum for HDTV broadcasts.

Instead he wants broadcasters to make more efficient use of their existing bandwidth by using better compression technologies.

"For some time now Ofcom has been developing a proposal which would enable us to clear an entire multiplex and convert this to an improved compression and transmission standard. If we can make this proposal work, then there is a very major prize.

"Success would mean not only the doubling of capacity for one universally available multiplex, but also for the first time, a migration path for the entire Freeview platform which would offer an enormous increase in capacity."

Richard says this will enable high-definition TV signals to be broadcast on Freeview by late 2009 and "at far lower cost than any alternative proposal".

"For us it means a far more efficient use of scarce spectrum and supports our duty to promote competition in the communications sector," Richards said.

Richards comments echo those he made in July when he first rejected HDForAll's proposal.

However our sister site Save Freeview HD is not persuaded by Ofcom's arguments. It says the rejigging Freeview will inevitably result in less choice, with +1 channels most likely to be culled.