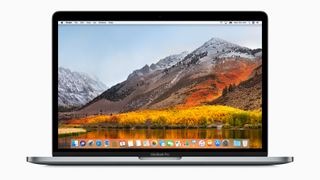 The teardown experts over at iFixit have got their hands (not to mention Torx screwdrivers) on Apple’s refreshed MacBook and MacBook Pro which were recently unveiled, and have reported back that there are hardly any changes inside these new models.

On paper, the new versions of Apple’s laptops were only a minor spec bump anyway – introducing Kaby Lake processors was the biggest move, alongside some more minor storage and memory upgrades – but it’s still quite surprising just how little the hardware internals have changed.

When iFixit took these machines apart, the website found that they were ‘largely identical’ to their predecessors, with just very slight tweaks like the color of the fans.

The only real notable change was that the MacBook 2017 has been given a keyboard revamp with the introduction of the improved second-gen ‘butterfly’ switches that Apple brought in with the MacBook Pro 2016.

Apparently these switches have been further honed for both machines this time around, and according to iFixit: “The keyboard trigger looks like a more classic switch this go-around. The plastic butterfly mechanism appears to have thinned out to accommodate the new switch form factor.”

The website speculates that this could possibly be a change to boost durability levels, as the actual typing action of the keys feels much the same as the MacBook Pro 2016.

For many, the real question with this new keyboard configuration will doubtless be whether it solves some of the issues that were reported with last year’s MacBook Pro keyboard, including a non-uniform feel across the keys, and keys which make a loud clicking sound when the laptop gets warmer.

If these sort of problems are still in evidence, then the refreshed keyboard may not be such a great upgrade for the MacBook 2017.

iFixit further noted that the Touch Bar of the new MacBook Pro still remains “difficult to replace”, and with all of the core components – processor, RAM, storage – soldered to the logic board, and the battery glued solidly into the case, it’s a very unfriendly machine to repair.

It’s the same story with the MacBook 2017 with the soldered core components and liberal use of glue on the battery. Both laptops received a rather woeful 1/10 repairability score from iFixit, although that’s nothing new for Apple’s notebooks.

Bear in mind that if you are concerned about buying a MacBook and having something go wrong with the device, Apple has just started to offer AppleCare+ insurance with its notebooks.