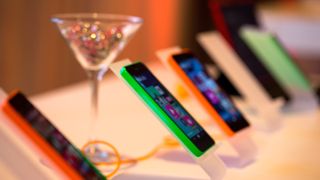 Close, yet so far away

Rocking a Nokia Lumia smartphone and getting impatient for the latest and greatest operating system update? The wait may soon be over, according to the guy who knows of what he speaks.

"WP8.1 sw [software] is finished for the Lumia phones that started shipping a couple weeks ago.. and we're testing the update code now. Fixes ongoing," the Twitter missive reads.

Although Belfiore didn't name specific models, the latest Nokia handsets include the Lumia 930, Lumia 630 and Lumia 635 unveiled at the Build 2014 developer conference.

First unleashed upon developers in April, Windows Phone 8.1 introduces a bevy of customization features such as Action Center, along with a Siri-like virtual assistant known as Cortana.

Judging from the tweet, a lot of progress has been made since the Windows Phone 8.1 Developer Preview was last updated on May 14. The update stomped out a number of bugs and improved battery life at the same time.

One detail the software boss didn't manage to fit inside his 140-character-or-less update is when users with recent Nokia Lumia smartphones - not to mention owners of older hardware rocking the current Windows Phone 8 - will actually be able to install the OS.

In the meantime, developers continue working with the preview behind the scenes, even as Microsoft presumably readies new hardware after taking possession of Nokia's devices and services division in late April.