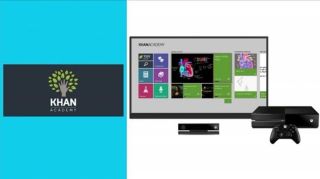 The jury is still out on Xbox One indie games

The Xbox One may not be out for a six more months, but developers are apparently eager to get cracking on whipping up applications for the next-gen console. Or, put another way, Microsoft is encouraging a little pre-release practice for the dev community.

Microsoft had a sort-of answer for how developers can ready their software for the new Xbox during its Build 2013 conference today, suggesting that those interested in making apps for the console should start with Windows 8.

"One of the questions I get from developers quite often is 'How do I think about targeting the Xbox platform?'" said Steve Guggenheimer, Microsoft corporate vice president and chief evangelist.

"'It's a curated platform,'" Guggenheimer said developers tell him. "'I can't just go and host it up there.'

"Well if you want to know how to sort of get a head start in thinking about developing for Xbox One, the logical thing to do is to go to develop Windows 8 applications."

We knew the Xbox One wouldn't be the star of this developer show from the start, but at least there was some time dedicated to ways developers can get a jump on creating for it, as well as insight into what apps consumers will see when the console launches in November.

"Marc Whitten talked at E3 about the fact that Xbox One has two engines," he said. "It's got a gaming engine and it essentially has a Windows 8 engine.

"When I talk about that common core, you're seeing that common core in action which is that notion of being able to target devices over time using that Windows 8 engine."

An app demo put on by Guggenheimer could be the first step in introducing a new toolset destined for Xbox One implementation down the line. Currently, the development platform for the Xbox One is still shrouded in mystery.

Gamers may be happy to know that the Unity 3D, a multi-platform game engine, plans to support the Xbox One as well as Xbox 360, Windows 8 and Windows Phone 8. Unity plans to develop new tools for the next-gen Xbox, including multiplayer matchmaking, SmartGlass, Kinect gesture recognition and Azure support.