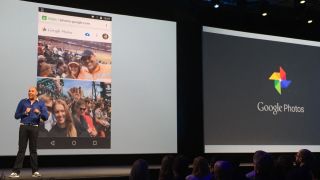 Google today announced it will shut down Google+ Photos to make way for its new standalone Google Photos app that went live just a few months ago in late May.

The search-giant will begin shutting down the older photos service starting August 1, first on Android, with the web and iOS options following soon after.

The new stand-alone Google Photos app, unlike Google+ Photos, won't require you to be signed up to the Google+ social network, meaning all users on Android, web and iOS will be able to use the app.

Google Photos is also a little more powerful than its Google+ counterpart, giving users unlimited storage of 16MP photos and 1080p videos for free, editing options and the ability to share photos or videos via links rather than through emails.

You'll also get automatic syncing to Google Drive, a new timeline and automatic grouping of photos by people, places and things.

How to get Google Photos

If you're switching from Google+ Photos to Google Photos, you'll find all your videos, photos and albums already saved on the standalone app.

Google Photos is available on iOS and Android, and you can also access it via the web through your Google log in.

"You may have seen a prompt in Google+ Photos on Android with a link to download the new Google Photos," the search-giant wrote in a Goolge+ post.

Google also said that if you don't update to the new Google Photos app, "your photos and videos will still remain safely stored and available via http://photos.google.com or for export using Google Takeout." Good know.