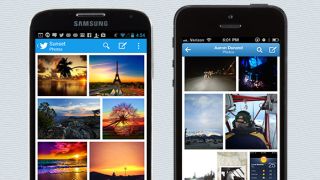 Twitter is setting its sights on phishermen around the globe with the latest update to the Android and iOS apps.

If you haven't been party to it yourself, you probably know at least a friend or two on Twitter who've had their accounts hacked.

A major portion of today's update to the mobile apps included improved login verification, which enables you to set another layer of security on your account in the event someone tries to pry into your follower list.

Previously, users needed a phone number to use Twitter's two-stage verification process, but now all you'll need is an internet connection to approve additional log-ins directly from the app itself.

These approval requests will appear on your device of choice, and will show you an approximation of the location where the attempted login is happening - if you seen an unknown request, you'll have total control over whether or not to block it even if it's from halfway around the world or down the block.

Additionally, Twitter is sprucing up the search options on the Android and iOS apps, and will now include social connections and photo galleries in the results.

Searches will auto-fill based on your relation to users, providing a bit of context to how you're connected to certain people on your account, and will also feature photos, which has been tweaked to show all images in an Instagram-esque gallery, rather than the previous thumbnail view.

In iOS, that same gallery style can be viewed on an individual user's account, enabling you to see all the pictures that person has posted to Twitter from one convenient spot.

Lists can now be managed from the app as well, but that feature has been wildly underutilized on the service to this point.

While it's nice to see Twitter taking the time to put more effort into that feature, perhaps it should be more focused on bringing the same functionality in the app to all devices.