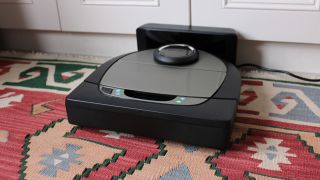 Shouting at your iPhone or HomePod to "vacuum my home" or "turn on my shower" doesn't do anything right now, but that's about to change thanks to a big Siri upgrade.

Between this update and the announcement that Vizio is now getting AirPlay 2 and HomeKit, Apple is clearly eager to make your automated life easier - and keep you from straying to Amazon Alexa and Google Assistant.

Here are the latest HomeKit updates

All currently-sold Neato-brand robot vacuums will let you start, pause and stop cleanings later this year. You can even use the "zone cleaning" feature to tell the Neato to clean a specific area of your home.

Your shower is about to get smarter, at least if you've installed the U by Moen smart shower controller. Starting on August 1, the app-driven digital shower system will get Siri voice support and can also be activate through Apple HomeKit scenes.

Many LIFX smart bulbs already work with HomeKit, but the company is expanding its lights to include a HomeKit-compatible ZTV light strip and a unique candle bulb, the first in the industry to include Polychrome technology. Both are coming to stores in October.

Those peculiar Nanoleaf Canvas LED light panels have gotten more practical via a HomeKit update. You'll be to perform "touch actions" on the panels, which activate various HomeKit scenes.

The all-in-one Adobe iota DIY home security system and camera launched with just about every other smart home engine onboard – and "soon" it will finally work with HomeKit, according to the company.

The ConnectSense in-wall smart outlet will provide some wins later this year if you're dependent on an uninterrupted power supply. It'll help you monitor of the total power consumption of each outlet with real-time voltage readings.

HomeKit capabilities were also recently announced for the Smarter Coffee Machine (now available) and Logitech Circle 2 (coming later this year), so asking Siri to make your coffee is currently a thing you can shout every morning.