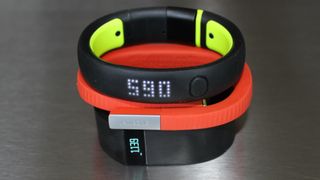 The wearable tech space is getting a bigger by the day - you need not look further than today's addition from Acer.

With this in mind, it's no surprise Amazon has opened up a new branch of its internet warehouse just for the burgeoning tech segment.

Even without a wearable device of its own, Amazon's new web storefront is dedicated to smartwatches, activity cameras, wearable cameras and other kinds of wearable tech.

The store holds products from all the big wearable names, including Samsung, GoPro and Jawbone, as well as emerging brands like Misfit and Narrative.

To help users get caught up with the times, the store also includes a learning center complete with videos to inform buyers of the different categories of wearable tech.

"Wearable technology is an exciting category with rapid innovation and our customers are increasingly coming to Amazon to shop and learn about these devices," John Nemeth, director of Wireless and Mobile Electronics at Amazon, said in a release.

Head down to the smartwatch store

It's a smart move for Amazon to catch the wearable wave just as it's beginning to rise with more mature devices like the Pebble Steel and Samsung Galaxy Gear 2.

Now the question is whether Amazon has any interest in producing a wearable of its own. So far, we haven't heard any wrist- or other-worn rumblings from the e-tailer.

However, given Amazon recently rumored activity in the phone space and the introduction of its own Fire TV streaming and gaming box, Amazon is expanding into to all sorts of new technological avenues. Wearables seem like a logical next step.