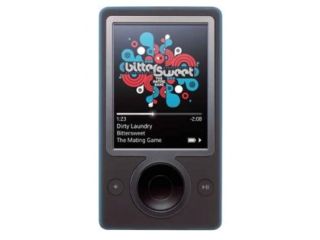 The Zune is seeing a new boss at helm

Unfortunately, the weekend has come to an end and we're forced to head back to work for another week. But instead of hitting the desk hard in the morning, check out these stories to see what you may have missed over the weekend.

According to numerous reports, Apple may be hoarding its own supply of 3.2GHz Xeon processors that some believe may be included in the company's next generation of Mac Pro computers. The chips are slated to launch in November.

Microsoft has launched a new proprietary software solution called HealthVault, which the company claims is a secure service that allows users to store health documentation and information for easy access at any time. The service is currently in beta and should be improved before the final release hits.

As it has been mentioned almost everywhere, rumours abound at the possibility of Facebook releasing its own music system. But according to CNET, it seems there are now more details floating around. The site is reporting that Facebook will allow bands to create their own music sites on the service, which could become the final nail in the MySpace coffin.

As most of us are aware, Microsoft has been proactive in expanding its Xbox 360 product line and reducing prices as needed. But now it seems Microsoft could be planning a new entry-level console release that will replace the Core bundle with something called Xbox 360 Arcade. There is no confirmation on this story yet, but most are suggesting its release is imminent.

Nike has announced a new product called the Nike Amp+ watch. It features flashing LED lights on the band and provides instant voice feedback of a runner's time, distance, calories and pace when used with the Nike + iPod sport kit.

On the heels of its new Zune, Microsoft has announced that it hired a new Zune chief who will carry the product through the future. Rick Thompson will assume the position of Zune leader and will replace J. Allard, who will still oversee Zune development.

Maybe Apple is in for more trouble than it once expected. The internet is abuzz today with reports of hackers finding ways around the iPhone v1.1.1 firmware upgrade. Some have been able to gain read/write access to the device, while others have been able to crash Mobile Safari by using a buffer overflow.

Yahoo, eBay and PayPal have joined forces to attempt to stop the spread of phishing emails and put an end to malware afflicting the three companies. Yahoo has employed a domain key technology that will help eliminate the threat of phishing and save people the stress of losing money or personal information.