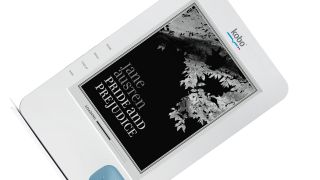 Supermarket giant Asda has decided to show Amazon who is boss by cutting the price of the Kobo eReader to just £49.

While Amazon's stranglehold of the ereader market looks likely to continue, Asda's move to get the Kobo eReader at a price below £50 is a great one for those who are still undecided as to whether ebooks are there sort of thing.

The price crash marks the first time an ereader has appeared in the UK for a snip under an Isaac (that's one for all you Cockneys) and the new pricing structure means that Kobo is a cool £40 cheaper than the cheapest Amazon Kindle.

"The Kobo e-Reader has been an incredibly popular product and we're delighted to be offering it at this fantastic price. It's a high quality alternative to some of the budget ereaders on the market," explained Duncan Tate, technology expert at Asda.

As part of the deal, there's 100 classic book pre-loaded on to the Kobo and Asda notes that the Kobo store has 1 million titles available.

If you are a fan of touchscreens, then Asda is selling the Kobo eReader Touch version for £79 - a similar price to most other retail outlets.