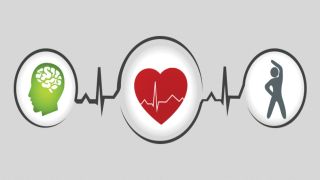 Australia's national broadcaster ABC News has today revealed that Perth-based digital healthcare service HealthEngine – whose app and site have been used by millions of Australians to book medical appointments – has been sharing patient information with law firms on the hunt for personal injury cases. That information is then being used to target ad campaigns at applicable HealthEngine users.

The news broke after the ABC received documents from law firm Slater & Gordon that reveal the healthcare startup has been sharing lists of potential clients with the firm on a daily basis as part of a “referral partnership pilot”, with an average of 200 client recommendations made each month.

When using HealthEngine to book appointments with a medical practitioner, patients are not only required to fill in details of their symptoms and existing medical conditions, but also whether they have suffered a workplace injury or been involved in a road accident.

HealthEngine has said that the company shares information with third parties if it receives user consent.

The company’s privacy policy further states that patient information may be disclosed to “other persons, such as third party providers” including law firms. Although the policy makes no explicit mention of sharing information for targeted advertising, the wording of the end-user license agreement (EULA) leaves plenty of potential wriggle room to allow the practice.

A “Data Collection” statement on the mobile app also states that, “If you consent, we may also provide your personal information to providers of other products and services which may be of interest to you, such as private health insurance comparison services, providers of finance credit for cosmetic and dental procedures, and providers of legal services.”

There is, however, no other option but to accept the terms and conditions of use of the app, and no way to opt out of having information shared with third parties.

According to the documents received by ABC News, the sharing of patient information gave Slater & Gordon 40 clients, amounting to $500,000 in earnings last year, without having paid a fee for receiving the information during the pilot program.

This isn’t the first time HealthEngine has found itself in hot water. Earlier this month, Fairfax Media revealed that the company was tampering with user reviews to remove any negative comments. While HealthEngine claimed to publish only positive reviews on its site or on partner practice pages, the investigation revealed that about 53% of user reviews were edited in some way before they went live.