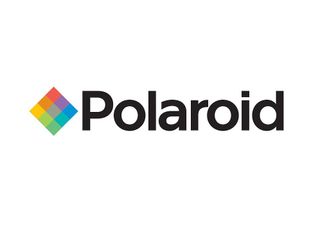 Polaroid has outlined its plans for more cameras to come in the next few years, including a new instant analogue camera along with a Lady Gaga 'Grey Label' branded digital camera with inbuilt printer.

Speaking to PhotoRadar, Polaroid's European VP, Michael Thomas, who has worked for the company for the past nine years expressed how he felt disappointed when Polaroid closed down their analogue division in 2008.

"I couldn't really understand why. Yes, sales were declining but there was still big demand and a big market for the product," he said.

What followed was a huge backlash which saw an online campaign to stop the closure, and eventually, the Impossible project managing to resurrect film production independently.

Back in 2009, Polaroid re-entered the instant printing market with its Pogo printers, which used ZINK (zero ink) technology and was capable of producing 2x3 inch prints.

Polaroid is now, according to Michael, keen to re-establish the channels that were lost when the company bowed out of analogue. "There were whole swathes of people who used Polaroid in a professional capacity that really missed the instant analogue printing. People like the police, fashion designers and TV continuity editors."

A good example of this kind of tie in is Clarks, which now offer a free Polaroid Two, one of the company's digital cameras with inbuilt printer, print to document a child's first pair of shoes.

Michael also points out while there has been a whole generation of people that haven't grown up with instant prints, but it is this group of 15-23 year olds that are proving to be the target audience for their products.

The Polaroid 300 was released last year, a new analogue film camera that produces instant 2x3 inch prints. The company is now working on a new analogue camera that will be capable of producing 3x4 inch prints – the same size as the new Z340 digital camera with inbuilt printer that was announced earlier this week.

It was back in 2010 that Lady Gaga was announced as Polaroid's Creative Director, but it's only now that we are seeing the first products from the new 'Grey Label' range which she heads up.

Michael is quick to point out that she's not just a figurehead for the brand, "She has spent a lot of time working with the research and development guys, and has always had a great love of Polaroid," he says.

A new printer, the GL10, which is capable of connecting to Bluetooth enabled devices, such as mobile phones, was announced last week and, according to another Polaroid representative, Lady Gaga has been involved with the design, look and feel of the product.

Next up in the range is a new digital camera with inbuilt camera, to complement the newly released Z340. According to Michael, the GL30 release date will be at CES 2012, the world's largest consumer technology trade show taking place in January.

But for anyone thinking that Polaroid is a brand which is consigned to the history books, Michael is keen to emphasise the big plans the company has for the future.

"Polaroid had a place in the 60s, 70s, 80s and 90s, we think today even in the digital world it still has a place. Polaroid is all about giving people the ability to share and capture instantly. 'Retro' is really cool now, and we think the brand is as relevant today as it was then."