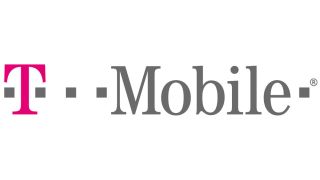 T-Mobile want to block Verizon's bid to buy more spectrum, saying that its not using the spectrum it has

Verizon began bidding for the unused AWS spectrum bands, currently held by cable companies that include Cox Communications and Comcast, last year. In return for the AWS spectrum, Verizon offered to sell its own 700MHz A and B bands to other carriers.

Verizon contends that its 4G LTE network will make more efficient use of the AWS spectrum, but their bid has not gone uncontested.

T-Mobile, along with the Rural Cellular Association and advocacy groups that include the Consumers Union, filed Petitions to Deny the purchase with the FCC or otherwise objected to the deal.

Their primary argument against Verizon's purchase of more AWS spectrum is that Verizon isn't using the AWS spectrum that it already has.

Indeed, Verizon has held licenses for some AWS spectrum bands for the last six years, and has yet to utilize them in any way, including for 4G LTE support.

Sugrue explained in a statement: "Verizon's announced plan to sell lower 700 MHz spectrum contingent on approval of its spectrum transaction with the cable companies is a tactical ploy designed to divert attention from its attempt to foreclose competitors from being able to acquire AWS spectrum - the last swath of immediately usable mobile broadband spectrum likely to be available in the near term."

T-Mobile said to the FCC that the 700MHz bands Verizon is offering up suffer from commercial interference, and few devices are set up to utilize those bands anyway.

Verizon denied the accusations, claiming that their purchase of additional AWS spectrum bands would aid consumers because Verizon's LTE network would use the bands more efficiently.

"This purchase will put unused spectrum into the hands of millions of consumers who will use it for high-quality wireless broadband service on Verizon's 4G LTE-enabled smartphones, tablets, and other devices," Verizon Spokesperson Robin Nicol said in a statement.

"T-Mobile's arguments ignore these facts and the needs of consumers, and instead ask the FCC to second-guess the workings of the private commercial secondary market," Nicol continued. "That is not the purpose of the FCC's review."

Both carriers want to eat their cake

Verizon's argument that their 4G LTE network is more efficient than T-Mobile's HSPA+ is valid, though T-Mobile would likely utilize the besieged AWS bands to upgrade their own network to LTE, making the entire point rather moot.

And Verizon's statements fail to address the fact that the carrier is currently squatting on unused AWS spectrum bands, and has been doing so for the last six years.

Why not use what they've got before asking for more?

If the facts presented by both sides prove accurate, the FCC is likely to attempt to reach some compromise between the two carriers.