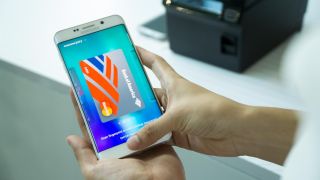 We've been anticipating it for just shy of forever (okay, maybe not that long), but now a launch date has finally been set for Samsung Pay in Australia.

Samsung has officially announced via press release that it will be holding a Samsung Pay launch event and press conference on June 15 – that's only a little over a week away.

According to the release, a panel with be held at the event discussing "the current mobile payments landscape and the implications of this technology for Australian consumers and businesses."

Though Samsung has yet to announce which banks will be supporting its NFC payment technology, representatives from American Express and Citibank will be attending the panel, leading us to assume that at least those two banks will be embracing Samsung Pay.

American Express already supports rival NFC payment service Apple Pay in Australia, so it seems likely that it will throw its hat into the Samsung Pay ring, too.