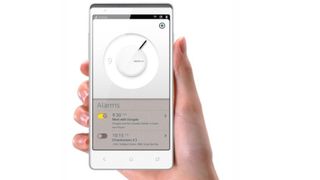 The Note 2 is quaking in its boots

It looks like one 5-inch device isn't enough for one Chinese firm, as reports suggest the ZTE Nubia Z5 will be unveiled tomorrow.

Earlier today he heard about a mid-range handset dubbed the ZTE U887 which is likely to go up against the Samsung Galaxy Grand, but now the daddy of the phablet market may be looking over its shoulder.

Details on the Nubia Z5 have been posted on an official Weibo account – China's version of Twitter, revealing images and specifications of the super-sized phone.

And it looks like the Nubia Z5 was been well stocked by ZTE, with the leak revealing a 1.5GHz quad-core processor, 2GB of RAM, full HD 5-inch display, 13MP rear camera, 2MP front camera and 2,500mAh battery with Android Jelly Bean (version 4.1.2) on board.

Apparently ZTE has managed to squeeze all this into a unibody frame which is just 7.6mm thin, meaning the Samsung Galaxy Note 2 could well have a fight on its hands.

If the ZTE Nubia Z5 does exist there's no word on which regions will be treated to its full HD delights, but rumours suggest it will carry a price tag around the $400 (around £245/AU$380) mark, which would make it exceedingly reasonable – so we're not holding out hope even if it is Christmas.