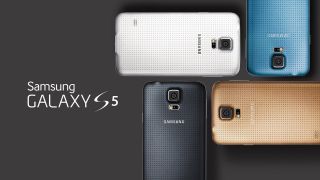 Samsung has been taking it on the chin from critics and customers alike for its flimsy plastic smartphone housings, but a new report claims the Korean company may soon switch places with HTC for a metal chassis.

DigiTimes had its ear to the ground, turning up a pair of rumors straight from the supply chains of Android smartphone kingpins HTC and Samsung, which may soon be feeling a sense of déjà vu.

While the two manufacturers seem to have differing philosophies when it comes to what the casing of their flagship handsets should be made from, the report claims HTC could soon offer a version of the HTC One (M8) with a cheaper plastic housing. The rumor of an iPhone 5C-like M8 also cropped up April 14.

Sources close to Samsung claim the company also appears to be considering a switch of its own, with a variant of the just-released Galaxy S5 that features a "metal-alloy chassis" instead of plastic - a rumor that has persisted since last fall.

The shift from metal to plastic appears to be purely economical on HTC's part as a move to target the "entry-level to mid-range" smartphone market in Asia, where devices costing $700 or more are considered a luxury.

Supply chain sources claim HTC could reduce the contract-free price of its HTC One (M8) to as little as about AU$428 in such markets, simply by switching from metal to plastic.

The report paints Samsung's own about-face from plastic to metal as more of a defensive move intended to attack HTC at the higher end of the smartphone spectrum, even as the other focuses on devices further down the food chain.

Judging from the sparse details available, it appears buyers in the US and Europe won't have the option of buying a metal Galaxy S5 or plastic HTC One (M8), which is likely to disappoint some die-hard fans of each manufacturer.