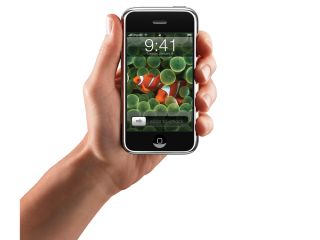 Although rumours have been swirling around for quite some time now, Apple kingpin Steve Jobs chose yesterday as the best time to announce the third-party SDK for the iPhone and iPod Touch.

The software development kit itself will allow third-party developers to build native applications for both devices. And according to Jobs, it's on track for a February 2008 release - just after Macworld Expo takes place in January.

Ever since the iPhone's release there has been speculation as to why Apple took so long to announce an SDK.

Jobs addressed this on the Apple website: "We're trying to do two diametrically opposed things at once - provide an advanced and open platform to developers while at the same time protect iPhone users from viruses, malware, privacy attacks, etc."

Jobs went on to explain that while some believe viruses are not a threat to mobile devices, he disagrees. Further, due to the success of the iPhone to this point, he believes the iPhone would be an especially juicy target for hackers.

"Some claim that viruses and malware are not a problem on mobile phones," said Jobs. "This is simply not true. There have been serious viruses on other mobile phones already, including some that silently spread from phone to phone over the cell network.

"As our phones become more powerful, these malicious programs will become more dangerous. And since the iPhone is the most advanced phone ever, it will be a highly visible target."

Of course, as many are aware, the iPhone is already a target for hackers who have found ways to not only add native apps to the iPhone, but to unlock it so it can be used on other carriers as well. In his short statement on the Apple website, Jobs failed to address the issue of current hacking, ostensibly leaving that fight for another day.

A change of strategy?

There's no way to know if today's announcement from Apple was a direct response to the public outcry over the company's handling of iPhone hackers. Regardless, iPhone (and iPod Touch) owners are happy to know that useful apps are finally making their way back to the iPhone.