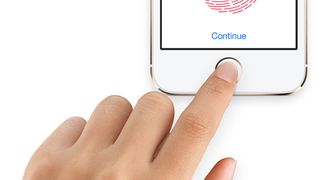 Michigan police have used a 3D model of a murder victim's finger to unlock a phone, according to a new report.

Fusion claims that police asked a professor at Michigan State University to reproduce a dead man's fingerprints, with the hope of getting into his smartphone.

The police already had a scan of the victim's digits, taken while he was alive, which they handed over to the lab to create the 3D model.

There aren't a lot of details - the investigation is ongoing - but the lab is reportedly making ten fingers, one for each print, and covering each with a "thin layer of metallic particles" so the scanner will read it as if it were a finger and not 3D-printed plastic.

The truth is (maybe) in there

Police suspect that clues to the man's murderer lie in the phone, and a 3D-printed replica of a finger is their best bet of getting in.

It does, however, raise ethical questions, some of which surfaced earlier this year Apple went to war with the FBI to prevent access to the iPhone of the deceased San Bernardino shooter.

However in this latest case the victim is not at risk of incrimination, according to the report, and therefore not protected by the Fifth Amendment that would otherwise cover him were he a suspect or alive.

If he was alive, this may well be a very different conversation.

It's also not made clear what type of phone is involved in the case, and whether a fingerprint will even be enough to get in.

Some phones require an additional passcode if the fingerprint sensor hasn't been used in a while - and we assume the police have thought this through...