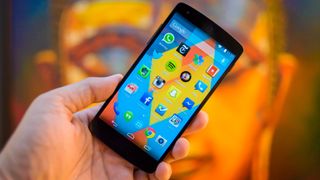 Google to roll out the red (or silver?) carpet for some Android devices?

Google may be plotting a new premium support initiative centred around selected Android devices, according to rumours on Wednesday.

AndroidPolice has obtained internal Google documents explaining an 'Android Silver' programme, which could feature a maximum of five devices running the latest version of Android, and very few UI changes.

Those who sign up, according to the report, would be entitled to set-up support from well-trained staff at carrier stores, as well as help transferring data and making their first purchase on the Play Store.

After leaving the store, Android Silver members would have access to a Hangout Assistant (like Amazon's Mayday) who could answer questions and troubleshoot problems 24/7, the leaked document says.

The rumour, which purportedly originates from documents shown to Google employees in December, also speaks of a Never Lost feature, which would allow Android Silver members to track and wipe their device.

Beyond that, the suggested Never Lost feature would help users navigate back to their lost device, remote back up data and even offer a loaner phone until the old one could be found or replaced.

The concierge-style service is by no means certain to happen. The originator of the report gives it a "6/10" in the rumour stakes, but it's certainly interesting to see Google thinking about upping its support game.

The insistence on up to date Android and limited UI changes could perhaps encourage OEMs to act promptly when pushing updates, in order to be part of Google's premium range. That of course, would help to ease Android's problem with crippling fragmentation.