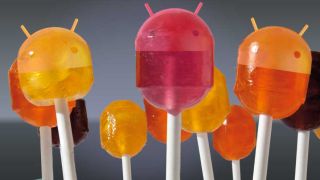 Is multi-window support next for Android Lollipop?

Android 5.1 is now out in the wild, but it might be holding a few secrets.

The diligent folks at Phandroid have dug up something interesting in the code: references to apps running in multiple windows. The change could be announced at Google I/O in May.

There's not much detail to go on here - it's essentially just a couple of lines referring to "multiwindows" hidden inside the software - and as yet Google hasn't said anything about what's going to be on show at its developer conference in a couple of months.

With smartphone screens getting bigger all the time, it would make sense for Android to offer support for side-by-side apps. It's a feature already available on some Samsung devices and would be another key differentiator when comparing Android against iOS.

On smaller screens, multi-window support could quickly become a confusing mess, particularly when trying to drag and resize panels to get everything important in view.

On the other hand, many of today's smartphones and tablets are easily big enough to support two apps on screen at the same time - and with Office for Android now available it could be a useful feature for those who are looking to stay productive away from the desk.

Google I/O is going to be held in San Francisco from May 28-29. We're hoping to hear more about Project Ara (Google's modular phone), Android Auto and Google's efforts in virtual reality - get the latest from our I/O hub page.