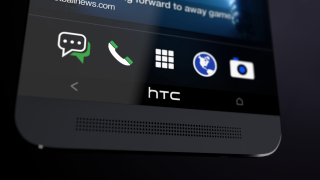 With the HTC One 2 launch expected in the coming weeks, the stage has been set for a whole raft of leaks to start making their way onto the world wide web.

We've not heard of Twitter tipster HTCFamily_RU before but they have managed to get themselves a pretty convincing looking photo of the back of the upcoming HTC One successor.

Just a reminder though, until HTC officially launch the HTC M8 things are still open to change so we're still advising a pinch of salt.

The photo matches previous leaks giving away the second sensor as well as matching leaks from fellow leak artist evleaks who tweeted that the HTC M8 will look "strikingly similar" to the One.

But what is that sensor?

Unfortunately the image isn't clear enough to give away what the second sensor will work as although our best guesses have it as a secondary camera for image refocusing or a fingerprint scanner (like on the HTC One Max).

Included in the image is also a dual LED flash that will give the HTC M8 increased night time photography capabilities in the same way as the iPhone 5S.

Unfortunately there is no photographs of the front of the HTC M8 (or HTC One Two, HTC Two or One+), although HTCFamily_RU does have a rather simple line sketch showing the front looking identical to the HTC One with capacitive buttons.