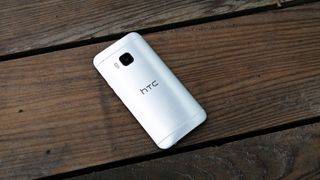 HTC has confirmed it will unleash its latest flagship, the HTC One M9 in Australia on the 24th of March. The One M9 keeps the iconic curved-metal unibody of the M8, extending it all the way around to the screen and will be available in two colours from launch.

The dual-tone silver and rose gold edition can be grabbed from all Australian carriers and major retailers, while the gunmetal grey grey edition will be exclusive to Telstra.

The M9 can also be pre-ordered from Telstra, Optus, Vodafone and Virgin Mobile on 24 month plans ranging from $59 to $80 per month.

Seven ate nine… But they all look the same

The M9 has a 5-inch screen and looks unmistakably similar to its predecessors, but the familiar device boasts more than just the latest Android Lollipop software.

With a Qualcomm Snapdragon 810 octa-core CPU, comprised of four 2GHz and four 1.5GHz processors plus 3GB of RAM, the M9 is certainly no slouch.

What's even better is the battery upgrade, with 2840mAh keeping this powerful handheld device running for up to 402 hours on standby.

HTC has attempted to make the M9 even more personal with customisable themes that suggest novel colour schemes based on a selected photo.

Though the spec sheet may suggest that the M9's camera is better, TechRadar's early One M9 review of the device stated that this is still the one area that that the M9 hasn't improved on the earlier models.

HTC has also announced the IP68 waterproof cases that protect the phone to a depth of one metre for two hours, with pricing still to be confirmed.