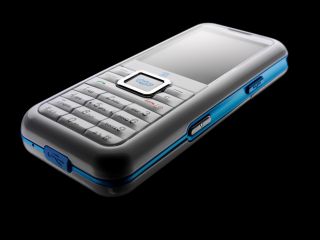 If you’re off to the Alps for some snow action this winter, make sure you check what your mobile phone deal says about making and receiving calls abroad before you go.

An estimated 1.3 million Britons are planning to hit the slopes in the next three months, and many of them risk running up mountainous phone bills when away.

The European Union imposed a cap on roaming charges last year, and call charges are currently capped at 43 Euro cents (32p) per minute, and 19 Euro cents (14p) for taking a call (excluding VAT).

But mobile operators have until the summer to adjust their tarrifs, so holiday makers are still advised to check their mobile phone deals before they travel to avoid facing a large bill when they get back from the slopes. Mobile operators can still charge as much as 38p a minute for calls made from Europe to the UK, while incoming calls can cost up to 19p.

"Too many people feel they get ripped off when taking their mobile abroad, so it's vital to check with your operator exactly what roaming package is being offered,” said John Penberthy-Smith, marketing director of mobile operator 3.

“If you’re getting away to the slopes over the next few weeks, a bit of pre-planning is all it takes to make it lot cheaper to keep in touch with loved ones back home.”

3 claims to have the lowest EU roaming rates when compared to UK and EU operators. It charges 25p per minute for making calls when abroad, and 10p for receiving them. Another option is to opt for a Skype-enabled handset such as the 3 Skypephone, which lets you phone your Skype contacts free of charge.