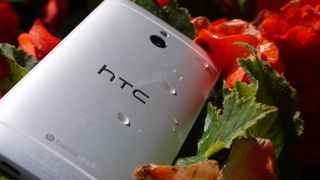 Mini version also on the way?

There has been plenty of confusion over what HTC will call the sequel to the One – and the New Caledonia Office of Posts and Telecommunications website has posted something that has the web convinced it will be a fairly obvious name.

The site is listing the 'HTC One 2' and 'HTC One 2 Dual Sim' among all the other HTC phones ever made, prompting belief that this outlet has been privy to important information about the new phone.

While it seems certain that a dual SIM version will appear to accommodate demand in other territories, the name is likely nothing more than a placeholder, as such things can change right up until the last minute with flagships such as this – and as we recently heard, March is looking good for the first time we'll actually see it.

In terms of matching last year's efforts, HTC is going to give the One 2 a little brother, according to noted tipster @evleaks.

The info is sparse, stating only that "0P6B:HTC M8::0P8B:M8 mini", but the M8 moniker (the internal code for the HTC One 2 device) combined with the item number shows that Evleaks reckons he knows that a mini version is forthcoming.

Even if this is true, there's little chance that we'll see the HTC One 2 Mini for a few months yet, as the Taiwanese firm won't want to launch both at the same time when it can get increased coverage by staggering the launches.

The rumours of a new HTC device are reaching a nice boiling point at the moment though, which means we're surely only weeks away from getting our first look at what could be one of 2014's phones of the year.