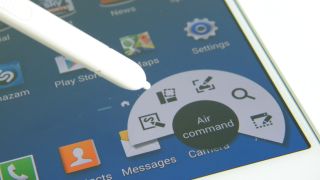 Samsung wants to really get inside your devices

Having apparently learned little from all the privacy woes of the last year or so, Samsung is reportedly developing a service that records smartphone users' actions and shares them with other apps.

The service is called "Context," according to a report on The Information.

Beyond collecting keystrokes from users, the report says Context would also record what apps are used and even the data that a device's sensors (camera, microphone, etc.) pick up.

All that data would then be available for app developers to use to tailor app content to specific users.

Context may never actually make it onto devices, reportedly because Samsung is unsure whether it will actually help the company sell more phones.

In other words, Samsung can't figure out whether users are interested in having their every action recorded, catalogued and exploited by developers.

In related news, The Information also dropped a new hint about a meeting that supposedly took place between Google and Samsung just a day before Google announced it would sell Motorola.

The two companies supposedly discussed the future of Android. Specifically, how much freedom device makers will have to customize the operating system on future devices.

But the outcome of the meeting is unknown.