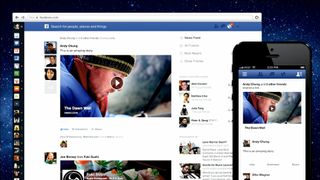 Those rumours of a Facebook RSS reader just won't die, and now we're hearing more about what the anticipated Google Reader replacement may look like.

According to The Wall Street Journal, Facebook's app will be primarily targeting mobiles and tablets, and will takes its design cues from Flipboard with a similar stylish way of aggregating articles.

Facebook has reportedly given its project the super unimaginative and not-so-secret codename of "Reader", with Mark Zuckerberg himself said to be working on the project.

Facebook is said to have been working for over a year on its news reading app, meaning the wheels were in motion before Google announced it was to close doors on Google Reader.

Facebook's recent addition of hashtags also added to speculation that it was moving into trending news territory. However, we've no idea as to when (or if) Facebook will unleash its news collector.

But with Google Reader is set to shut down on July 1, it may not be long until Facebook answers the cries of RSS fans who suddenly find themselves searching for an alternative in a terrifying world of non-aggregated news.