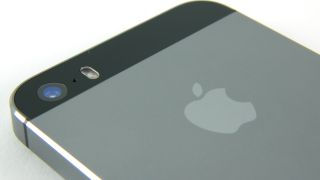 The iPhone 5S has sapphire in its camera and home button

Rumors that Apple will turn to expensive but high quality sapphire for screens in its future devices are looking less and less like rumors all the time.

Now Canonical CEO Mark Shuttleworth has said publicly that Apple has purchased a huge supply of sapphire displays. And how would he know?

"Apple just snapped up three years' worth of the supply of sapphire screens from the company that we had engaged to make the screens for the Edge," Shuttleworth said in a public town hall meeting discussing Canonical's proposed high end Ubuntu smartphone.

Of course, the Edge missed its Kickstarter goal by US$20 million (about AU$22 million), so why shouldn't Apple swoop in on its sapphire deal for the iPhone 6's benefit?

Shuttleworth does seem sort of bitter, though. "Isn't it interesting that how many of the things we said the future needed to include are showing up on other people's roadmaps?" He asked.

He continued, "Apple also has started describing their latest-generation mobile CPUs as desktop-class. That's another thing we said we needed to have in the Edge was a desktop-class CPU.

"And we're starting to see the roadmaps for the devices from Samsung and others that have the same amount of RAM that we were proposing to put in the Edge."

Apple and sapphire sitting in a tree

Apple already used sapphire in the rear camera lens glass and the fingerprint sensor home button on the iPhone 5S, but rumors that its love for the tough stone might go much further began in November.

In January an unearthed patent revealed that Apple could use sapphire on more than just screens, including sticking it on processors and other components.

Apple CEO Tim Cook the very next day confirmed the company's interest in an Arizona plant tinkering with sapphire, though unsurprisingly wouldn't get into specifics.

Meanwhile, although they may not be the killer Edge that Canonical envisioned, the first Ubuntu smartphones look likely to hit stores in 2014.