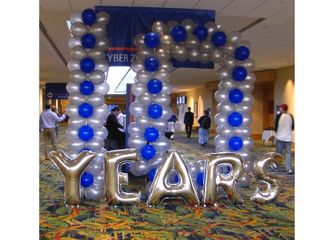 For RIM, the iPhone is a Johnny-come-lately; BlackBerry is celebrating its tenth anniversary this week at the company's Wireless Enterprise Symposium and there's plenty to celebrate says co-CEO Jim Balsillie.

The big difference over those 10 years isn't just specific features, but the fact that BlackBerry is now a platform "and it's put tremendous responsibilities on the whole system".

Many of those 26 million BlackBerrys were Pearls and Storms going to consumers, although traditional business users aren't giving up. "We grew 84 per cent this past year," says Balsillie; "consumer is bigger than the enterprise for us now, even though enterprise grew by double digits last quarter."

When we asked about the iPhone, he said Apple had done RIM a favour. "The iPhone did great benefit to the market; it really helped having this validation that you should listen to music on your cellphone. We've seen a whole market develop. I could never have marketed and created that – Apple validated it and that was a huge advantage. Look how we grew 15-20 per cent last quarter. How did the iPhone do last quarter? They shrank 42 per cent last quarter - from 6.9 to 3.9 - didn't they?"

In his view, the tight control Apple exercises means less choice all round. "Their way, it's their store, their product and the carrier is a reseller. That's not a moral statement about good and bad, right and wrong - there are choices. If you're playing a leverage card end to end that's fine; we work with a different environment.

Although RIM has launched its own store called BlackBerry App World, created its own Facebook app and bought a media distribution tool (Chalk Media), that doesn't mean it's trying to span the business the way Apple does.

"We're not in the app business, we're in the partnership business, the efficiency business, we're in the interface business and I think that serves us well. Once you cross over to the app, it seems enticing but is that your core competency? Can you scale? What kind of strategic difference can you make? Look at the rich diversity of music [on smartphones]. One person can't do everything and leverage everything."

There were no new handset announcements this week, but there's already plenty of variety in BlackBerry compared to the iPhone, Balsillie claims, from a flip phone to the new Curve, as well as the Bold and the Storm.