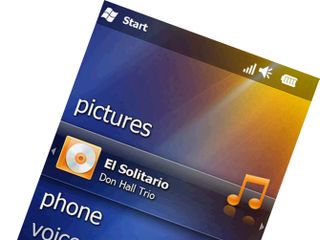 Windows Mobile 6.5 is on the streets after a long wait

Windows Mobile 6.5 may not seem that major an upgrade (possibly because Microsoft has been sitting on it since April while handset manufacturers built it into phones), but the future of Windows Phone is bright, says senior product manager Greg Sullivan.

"The future is not just a program that runs on a PC or on a phone or in the cloud; it's across all of those. The notion of the platform that includes client, server, a mobile device, some other device, all connected by a cloud – that is very powerful and I would argue it's already happening".

He suggests the Windows Mobile Netflix client and instant messaging as good examples of things you can do on the phone, the PC, the Web, the Xbox (and the right kind of TV), and although he admits with services like Live Calendar there's "room for improvement" on the Windows mobile side he says Microsoft has more to offer than the competition.

"If you do posit this is the new platform for work and home, there's one company that has a completeness of offering and the beginnings of an integrated offering more so than any other company and it's Microsoft.

The range of Microsoft services beyond the phone and PC will matter too. "There's a bunch of stuff around gaming, those Live services, there's music stuff… there are assets across the company that will lend themselves well to this new platform notion." But while he doesn't name Apple, it's clear he has them in mind when he talks about the lessons Windows Phone can learn from Windows.

"The reason Windows is as successful as it is because of the opportunity it created for other people to build on it as a platform. It wasn't about locking out and trying to create exclusivity; it was exactly the freedom and choice that led to the critical mass of the platform being to the success that it was - and we see that same notion applying to what we broadly define as the new platform."