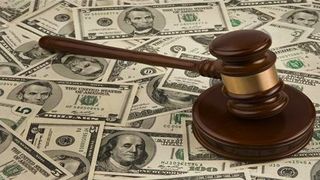 It's all about the Benjamins - and the patents

Samsung and Apple can't keep away from the courthouse with the two tech giants popping back to chat about Samsung's $1.05bn (£652m) fine.

Predictably, the Koreans are gunning for the verdict to be overturned or, at the very least, to have the fine slashed down to a more palatable amount.

Equally predictably, Apple wants to increase the damages (we know the feeling - sometimes $1bn just isn't enough for us either) and have some of Samsung's Galaxy tablets and smartphones banned from sale.

It was always a given that Samsung would appeal the case and the Koreans have come up with a good hook – namely that the jury foreman in the original trial may have had undisclosed interests making him unsuitable to serve in the trial.

As with most tech spats in 2012, Apple and Samsung have fallen out over patents relating to the iPhone, iPad and Samsung devices like the Galaxy S3.

Both companies maintain that the other has ripped off its intellectual property, with Apple winning out in the US courts but Samsung generally faring better across the rest of the world.

In the UK, courts ruled that Samsung doesn't infringe on Apple's design values because the iPad is much cooler than the Galaxy Tab line-up, forcing Apple to publish embarrassing public statements admitting that Samsung hasn't copied it.

The US case has caused ripples throughout the industry, mainly because of the huge amounts of money involved – we'll be keeping a close eye on this appeal so rest assured we'll keep you updated on any developments as they emerge.