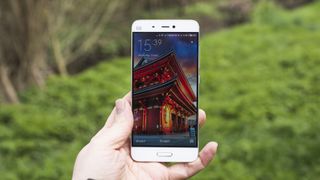 In March of this year a list of the world's top phone vendors was published. Twelve names were on it, and of those no fewer than eight were Chinese.

Far from the knock-off merchants they've so often been categorised as, companies such as OnePlus, Huawei, Xiaomi, Vivo and Oppo have been producing quality handsets for a few years now – and they've been almost unstoppable in their advance.

But what does this mean for consumers in the West? On the face of it, not a great deal. These manufacturers have tended to focus largely on China and other emerging markets, particularly India.

For various reasons many of them have, in the main, chosen not to compete in Western markets, only dipping their toes in every now and then – some of this has to do with patent law, which is a story for another day. This means Chinese handsets can be a little tricky to get hold of.

The opportunity does exist for those of you with a little gumption and knowledge to snare yourself a super Chinese smartphone – you can get a cracking deal, with specs to make even the most hardened power hounds weep with envy, often for as little as a third of the price of the well-known flagships.

The buying process is generally very different however, and there are quite a few potential pitfalls that you need to be aware of. So read on for eight top tips on buying handsets from abroad.

This may seem like an obvious first step, but the reality is harder than you might think. To begin with it can be hard to come by reliable reviews for many handsets, especially those from lesser-known companies such as Doogee, Elephone and Cubot.

Set a budget for yourself, trawl the web and draw up a list of three or four phones that particularly appeal (for example the Xiaomi Mi5, the Elephone P9000 and the Meizu Pro 6). It's worth noting that the Chinese love their phablets, so those with smaller hands may find their options limited.

Everyone wants super-fast internet on their smartphone, so a key thing to check is whether the phones you're looking at support the correct LTE bands for your country.

For example, many Chinese handsets come without support for Band 20, which is used by O2 in the UK, which would mean you wouldn't be able to get 3G or 4G internet when using these phones on a network that relies on this band.

The next thing to do is look a little further into the company that makes the handsets. Take Xiaomi for instance. Every phone from the firm comes running MIUI, a proprietary skin of Android. Xiaomi regularly updates its software, bringing new versions of Android to customers at a relatively decent speed (although note that its phones don't come with Google apps or the Play store installed, so you'll need to put those on your phone yourself – see tip #6).

However, Xiaomi's update policy is the exception rather than the rule, so if you plan on keeping your handset for any length of time look for a manufacturer with an established reputation for software update support, otherwise the first bug you find may continue indefinitely.

There's another major thing to bear in mind before buying a Chinese smartphone: after-sales support. If you want to be able to access support in the event of problems with your new phone, don't buy 'gray imports'.

With some firms having a limited presence in the West (and in some cases no presence at all), parts and expertise may be hard to come by should a repair be needed, although the situation should improve as Chinese manufacturers become more established.

So check before buying – and if you do make a purchase, try extra hard not to drop your phone from a great height.

This is perhaps the most important step, as making the wrong choice could mean weeks, and perhaps months, of disappointment and frustration.

Different phone manufacturers sell through different web stores. Meizu and Oppo phones can generally be purchased through Amazon, while Xiaomi devices are usually available from the likes of AliExpress and GearBest; others, including OnePlus, have their own online stores.

Where possible, try to use a store that ships stock from a warehouse relatively near to you – for example from Europe if you're in the UK – and also make sure to choose a guaranteed delivery option.

Research each vendor before making a purchase, and pay close attention to user reviews – if several people have had a bad experience that should be a red flag.

Due to firewall restrictions in China, some Chinese phones come without Google's suite of apps installed. These handsets generally run a custom software package ('ROM') overlaid on top of the core Android platform.

That doesn't necessarily mean you'll be in possession of a dud, as you can get Google's offerings with an international ROM, with support for English and Google Play.

Many vendors will give the option to ship with an international ROM, but beware of this, as some devices may come preloaded with malware.

Choose a handset with an unlockable bootloader, and preferably with a microSD slot too, and check that an international ROM is available. You can then manually flash the ROM to the phone, minus any potentially nasty malware or unnecessary additional applications.

Another thing to be aware of when purchasing any phone from overseas is possible customs charges. Having a device shipped from within your home country will avoid this situation, but this isn't always an option.

Often, a device that's shipped from China will take several weeks to arrive, and when it does an extra charge has sometimes been applied, proportional to the cost of the device, potentially up to 20%.

Take care, and factor in this potential extra expense when having products delivered – a phone that appears cheap can quickly skyrocket in price, negating any cost advantage.

So you've done it! Every hurdle has been cleared – except making the phone usable. On the setup screen, change the language to English (or your lingo of choice).

This done, there remains the issue of installing the Google Play store if it's not already present – and if you're able to. On Xiaomi devices this can be accomplished by downloading an app from the Xiaomi store, on others it can require full-on flashing.

Buying a phone from a far-flung locale can be a highly rewarding process. If you follow our tips, use your common sense, and are prepared to spend some time navigating the user forums – there's no better source of information than someone who's already made a purchase – you can end up with a powerful, great-looking device for an impressively low price.

If anything goes wrong however, it can mean your lovely slice of eastern delight ends up becoming a stylishly designed paperweight – albeit a not very expensive one.