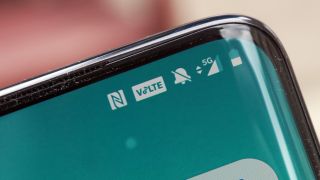 We've not heard too much about the OnePlus 7T yet, but the Chinese phone manufacturer's CEO, Pete Lau has revealed that it plans to launch another 5G enabled phone before the year is out.

Speaking in an exclusive interview with the Financial Times, Lau said, "We believe with the development of 5G technology next year we can have an [even] better performance, with the upcoming 5G era approaching, we are going to invest more."

Lau confirmed that OnePlus is looking at releasing another 5G handset in the fourth quarter of 2019.

That falls in line with predictions of an October/November launch for the OnePlus 7T (and potentially OnePlus 7T Pro), following a trend it's set with the launch of the OnePlus 6T, OnePlus 5T and OnePlus 3T in previous years - all of which went on sale in November of their respective years.

The OnePlus 7T had been tipped to launch on October 15, but TechRadar exclusively confirmed that this isn't the case - although we still expect the reveal to happen around that time.

Doubling down in the 5G race

This new 5G handset won't be the first smartphone OnePlus has launched with support for the next generation network, however.

We've already seen the OnePlus 7 Pro 5G arrive in a number of countries, including the UK and Finland, but with its next 5G phone OnePlus is aiming to break into more regions, such as North America.

It won't be the only firm to launch more than one 5G handset this year, with Samsung having already launched the Galaxy S10 5G and Galaxy Note 10 5G, while Huawei and Oppo are also tipped to double their 5G devices before the end of 2019.

A noticable absentee from the current 5G race, however, is Apple, and it looks likely that it won't join the party until 2020. The new iPhone 11 - expected to launch in September - is rumored to skip on 5G connectivity, with Apple instead waiting for coverage to expand before potentially including it in the iPhone 12.