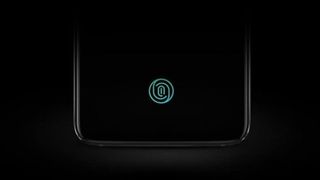 OnePlus has already confirmed that the OnePlus 6T has an in-screen fingerprint scanner, and now it's revealed the type of scanner technology used – and it’s not the best type.

In a post on Weibo (a Chinese social network), the firm shared that the OnePlus 6T has a “light-sensitive” scanner, which almost certainly means an optical one, which reflects light off your finger to get a 2D reading.

The other possible option for in-screen scanners is ultrasonic, which uses ultrasound to build a 3D picture of your finger. These scanners are therefore likely to get more detailed readings, and in turn be more accurate and secure.

The fact that the OnePlus 6T uses an optical scanner isn’t much of a surprise though, since most in-screen scanners are currently optical, including the one on the Oppo R17, which the OnePlus 6T is heavily based on.

An optical scanner is also likely to be cheaper to implement, which would be important to OnePlus as one of the main selling points of its phones are their relatively low prices.

If you're holding out for an ultrasonic scanner then it looks like the Samsung Galaxy S10 might have one – and not just any ultrasonic scanner, but a cutting-edge third-generation one. But you’ll have to wait until 2019 for that phone – and pay a lot more than you would for the OnePlus 6T.

If you’re fine with an optical scanner you’ll be able to dab your digit on the OnePlus 6T's screen soon, as it’s set to be announced on October 30, likely with a teardrop notch, a dual-lens camera and plenty of power.