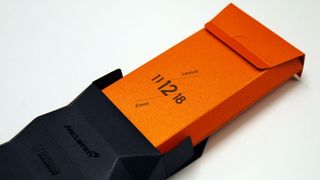 Following a tease from OnePlus that the brand had teamed up with McLaren for something, we now know exactly what – a OnePlus 6T McLaren Edition.

That name was confirmed via an invite sent to us for the OnePlus 6T McLaren Edition launch event on 11 December, and the invite itself is surprisingly fancy – taking the form of a bright orange lanyard housed in a concertinaed box.

Sadly, the invite doesn't provide any additional information on the OnePlus 6T McLaren Edition, though hopefully the stylish approach to the invitation suggests the phone itself will be getting a great new look – though we could take or leave the orange color scheme.

More RAM and a higher price

That would make it one of the first phones in the world to offer that much RAM, following in the footsteps of the Xiaomi Mi Mix 3. And it's a believable amount – OnePlus has a history pushing RAM amounts beyond most of the competition and with this McLaren partnership apparently being a 'Salute to Speed' we'd expect something powerful.

However, we'd also expect something expensive. The standard OnePlus 6T undercuts most flagships, with its top configuration costing $629 / £579 (around AU$1,000), but we'd expect this model will cost more, potentially a lot more. We should find out for sure on December 11.