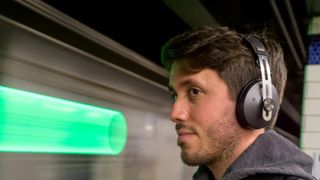 Qualcomm’s new SoC platform could allow for active noise-cancelling headphones that are as cheap as $40 (around £35, AU$55), a senior executive at the company has claimed.

The development comes thanks to the manufacturer’s new QCC3xxx series of chips, which will allow advanced features, such as noise-cancellation, in headphones at a much lower price point.

The difference comes from the fact that the technology has changed from being flash to rom-based, which brings the price down into the mid to low-end range for manufacturers who will be able to use Qualcomm’s built-in tech rather than developing their own.

From premium to budget

Although noise-cancelling headphones have been around for some time, their price has kept them out of many people’s hands (unless a particularly good Black Friday deal crops up).

That’s a shame, because noise-cancellation not only allows you to hear more detail in your music, but also allows you to play it at a lower volume, protecting the health of your ears in the long run.

However, Murray noted, it’s likely that these headphones will still command a price premium over their competitors because manufacturers will still need to build in extra hardware, including microphones, to enable the functionality.

Beyond Bluetooth, the company also announced 2 new chips for USB-C connected headphones, which are increasing in popularity with the removal of a traditional headphone jack from numerous smartphones including the HTC U11 and the Moto Z.

The WHS9420 and WHS9410 both contain a DAC for taking the digital audio signal and converting it into analogue sound, but the 9420 also features noise cancellation. Unlike traditional noise-cancelling headphones which need to be kept charged, those with a USB-C connection can draw power directly from the phone much like last year’s JBL Reflect Aware.

Qualcomm has said that it expects headphones featuring the new chips to make their way to consumers in 2018, so keep your eyes peel for a new generation of budget headsets.