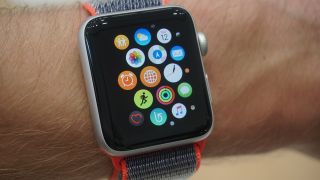 We're expecting the Apple Watch Series 4 to launch in the not-too-distant future, and fresh reports suggest it's going to feature both solid-state buttons with haptic feedback, and an advanced set of health monitoring sensors that will be able to track more data than before.

This is as per a report in Fast Company citing "a source with direct knowledge" of what Apple has got up its sleeve – or rather is wanting to put up yours. As yet we don't have any official confirmation from Apple about its next wearable, but this does chime in with previous rumors we've heard about the device.

The solid-state buttons won't physically move up or down, the report says, but rather buzz when touched, thanks to Apple's Taptic Engine. The same sort of effect is used on the Home button on recent iPhones, including the iPhone 8 Plus.

While the button configuration of the next Apple Watch will follow previous designs, with the digital crown and side buttons still in place, they'll both adopt a haptic feedback approach (the digital crown is still going to rotate apparently).

Not only is the move going to help Apple improve the waterproofing of its next smartwatch, and leave more room for a bigger battery, it will also allow it to embed more advanced heart rate reading and other tracking into the buttons. The Watch can already track heart rate but having two sensors significantly improves the accuracy.

Apparently, if Apple can't get all this ready for the 2018 Apple Watch (which we might see in September), it'll save it for the 2019 edition instead. The report goes on to say that Apple eventually wants to replace the watch's physical buttons with pressure-sensitive areas.