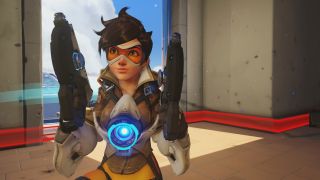 Hot on the heels of the announcement that the 100Mbps fixed wireless service will be cancelled, NBN Co is considering applying a 'fair use' policy that would restrict individual users' speeds during peak hours.

Bill Morrow, the CEO of NBN Co, blamed “gamers predominantly” when questioned by a parliamentary committee on Monday about usage spikes and congestion on the fixed wireless service during peak times.

As such, NBN Co is considering capping the speeds or data of these “extreme users” during the peak hours. According to ABC News, Morrow said that “while people are gaming it is a high bandwidth requirement that is a steady streaming process.”

According to Morrow, the company would have no way of determining how the users were actually using their data, so while he specifically mentions gamers, this is likely intended as an example of what he refers to as “super users”. But are gamers to blame anyway?

An article on NBN Co’s own website from December 2016 claims that “some of the biggest online games use very little data while you’re playing compared to streaming HD video or even high-fidelity audio”. The article takes into account several popular online games and settles on an average data usage of around 100MB an hour.

Another article from NBN Co's site states that streaming a HD Netflix or Stan show sets you back 3GB an hour, while streaming at 4K equates to 7GB an hour. Compare this to the mere megabytes used by gamers online and the blame seems severely misguided.

The proposed ‘fair-use’ policy could resemble the one already applied to satellite NBN users, which caps individual NBN users to a maximum of 75GB of peak-hour data across any four-week period.

As it stands, 400,000 users will be connected to NBN’s aforementioned Sky Muster satellite service and a further 600,000 residents will receive fixed wireless. These million Australians live in areas that are considered too rural to connect via one of the fibre cabling options.

It's important to note that no official policy has been announced, as Bill Morrow was later quick to defend his comments as merely “a consideration”, although it’s a very real possibility given the existing treatment of rural NBN connections.