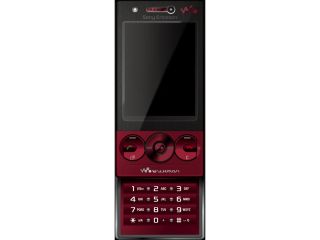 Sony Ericsson has been among the busier bees in the handset release stakes this year, handing out a seemingly never-ending series of phones for all manner of markets.

However on the 6 November it will finish 2008 with a whimperbang (one that's neither amazing nor rubbish) by unveiling the Rika, AKA the W705.

The Unofficial Sony Ericsson Blog has revealed this juicy nugget of tech goodness to us all, and in fairness, the Rika isn't the worst example of a music handset we've ever seen.

Bringing SE's new Clear Audio Experience to enhance the sound of music isn't a new trick, as it's been seen on a number of handsets so far, but still helps keep these phones firmly at the 'music' end of the market.

A 3.2MP with no AF and an LED flash is passable, and it comes with a 4GB M2 card, though it would be nice to see a larger number of handsets with internal storage from the Walkman range soon.

An aluminium case will be available in two colours: red and silver (we refuse to call them Passionate Red and Luxury Silver as SE wants us to... oh, dammit).

Orange will be getting in on the action as well on launch day, announcing its own branded version of the phone and tying it to whatever random animal package it's touting as the best thing ever these days.

No idea when it's going to be in your hands, but it will probably be available on PAYG fairly soon, so Christmas wouldn't be a bad bet.